What is the Story for Tormorrow?

Peter Westwood reconstructs aspects of the world in paint. He manifests ‘scenarios’ which are at once seemingly recognizable, yet elusive and ultimately unknowable. The paintings never fully settle into an easily-processed schema; suggested meanings form and collapse before our eyes as we are caught between the materiality of the paint and the familiar/unfamiliar nature of the subject matters. Objects and forms ‘stand in’ for other psychological states of being. Meaning is therefore suggested, whilst simultaneously denied or subverted.
Sometimes the artwork title can give us a clue towards interpretation. Charlatan (2019) depicts a blue plant-like form against a pink background. Both colors are electric and also compelling. The straight forward nature of the painting’s composition is suggestive of a portrait or flash-lit ‘mug shot,’ leaving the viewer with the suspicion that this humble plant has been exposed as a counterfeit. But perhaps it is us with our inability to decipher fact from fiction – in this age of fake news – and our fraudulent manipulations of science who are the true charlatans?
The pictorial spaces in the paintings are ambiguous. Sometimes, deep space is suggested behind the painted forms. Sometimes, shallow space compresses into pure abstraction, further mystifying the action. We can see this effect in the painting Fugitive Energies (2019), in which two erect lamps are turned towards the depths of the picture plane, transmitting some kind of inexplicable energy, which fizzes and hotly crackles, at once suggesting an ambiguous depth, whilst also marking the surface of the canvas in a series of abstract striations. An enigmatic, white rectangle marks a place of indeterminate significance at the lamps’ base, indicating that the meaning of the picture is possibly still to be written.
In Accelerants (2019), a bowl-like tub sits in a room or enclosure. Its possibly metallic surface almost reflects the viewer in the gallery environment, in Manet-like slabs of paint. Lines or tubes enter (or emerge from) the tub, transferring, or delivering, what unknown material?
These are ‘representational’ paintings which call upon the unconscious for closure. They are energised with their inexplicable cargo; replete with an enigmatic burden. They seek to reflect on the times in which we live – and these times are riven with anxiety. Time races on apace, and all things are in constant flux. The desire for stability is a futile dream, but, within this anxious state, it is possible to record beauty. Westwood believes that at an unconscious level, attraction and anxiety always coexist. His paintings are an ideal coalescence of these two states.

Peter Westwood is an artist, curator and art writer based in Melbourne, Australia. He is currently doing his doctorate at RMIT University, Melbourne. The topic of his dissertations is: Transition and passage: Agency and the idiom of Painting as a marker of change. What is the Story for Tomorrow is Peter Westwood's first exhibition in Munich. In 2014 he participated in the international Artist in Residency Program at the Leipziger Baumwollspinnerei, Leipzig. 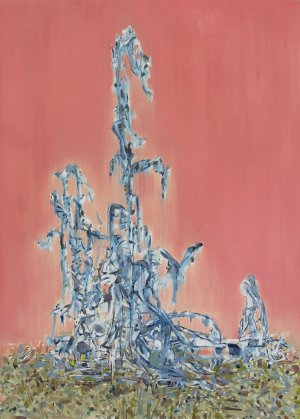 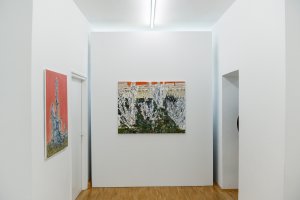 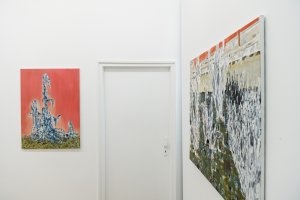 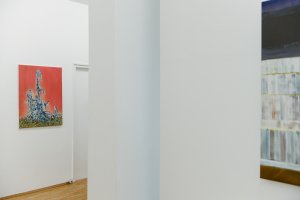 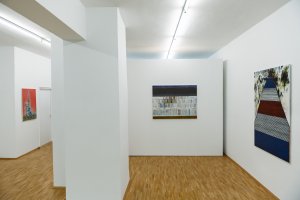 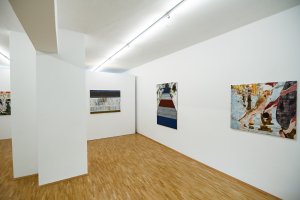 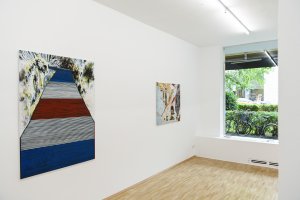 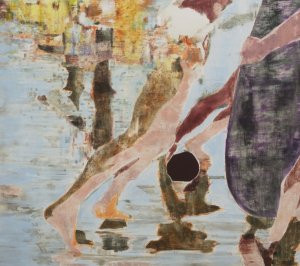 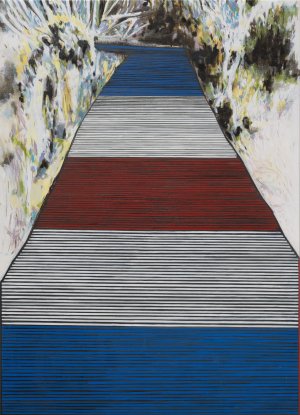 Peter Westwood No change, much the same 2017 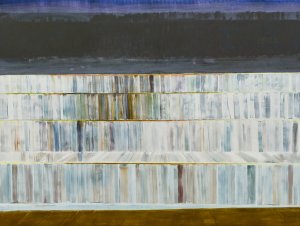 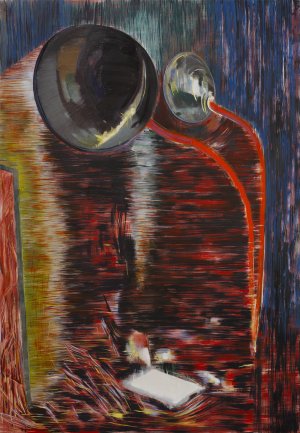 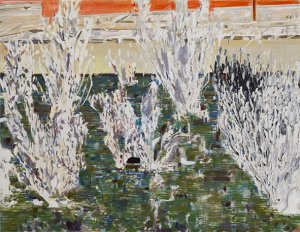 Peter Westwood What is the Story for Tomorrow? 2019 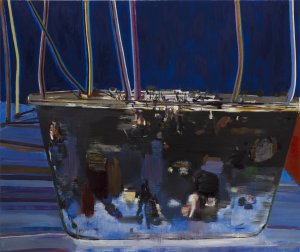 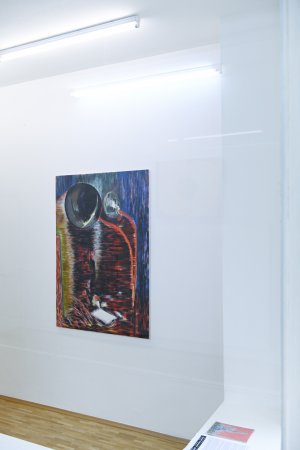