Paint is typically applied over time. Although the speed of application varies, this is the case when we paint most things: a room, a house, or a picture. However, rather than thinking about speeds or even layers of application, it does seem that when we encounter a painting, we are mostly aware of how we are held by the imagery, whether representational, or not. Usually, as is the case with many artforms, we experience creative work as a conclusive whole, often not reflecting on how that artwork was created. After seeing a painting, the awareness that we take away with us is more often than not stimulated by the imagery, but in fact it is equally the heightened visual experience that affects us, along with a subliminal feeling of having been in the painting. Dutch cultural theorist Mieke Bal considers that in looking at a painting we move beyond or past representation, to an awareness of the experience of looking, where imagery ceases to be dominant and is replaced by a willingness to step into the visual field, ‘... and to make discourse a partner, rather than a dominant opponent of visuality (Hirsh,1997, pp. 14-15). In this, we enter a visual zone where the painting unfolds to us via its moments, or the various versions of differences, that brought about its arrival as it was made.

Therefore, paintings, made as they are by hand, tend to slow us down. Imageries appear to us as embodied in paint, and in experiencing their substance and facture we can often lose ourselves in the visual zone of their expressed painted forms. Conversely, in our daily lives we encounter many images, often fleetingly. We don’t really expect much of the sea of images that we experience as we dash about in our lives, but when one approaches a painting, the image and its facture has the capacity to slow us to a more human pace. This is at odds with the speed and proliferation of images in the world, and therefore the pace of a painting provides us with an opportunity to experience a rupture in the way we encounter things visually, allowing us to enter a personalised pictorial discourse with the work. The Austrian-British philosopher Ludwig Wittgenstein wrote of his experience with painting as being held captive, fixated, and arrested. (Elkins 1996, p. 238). Paintings unfold and alter in accord with what we need to see in them. In this, both artist and viewer have differing intents, but in both instances, they are each collaborating with the painting – it is not uncommon for a viewer to become absorbed by the work, unaware of what is occurring or where their attentions are heading. ‘As such, the meaning of a picture is rarely singular: often it’s as multi-layered and as mysterious to the artist as it is to the person looking at it.’ (Higgie 2021, p. 17).

Charlotte Acklin is a painter of works that move at differing speeds and range from animated and snappishly rapid gestures to layered and meditative sweeps across the extent of the painting’s surface. The latter of these two methods appears to us as slow drawn-out layers of paint forming a plane that entices us to look at the surface, reflecting on its inconsistencies, and the moments of handling where we can see openings in the surface to the layers beneath. In this, we are stimulated by a desire to ‘contemplate’ into the surface and its various films of paint. These works appear like the slow movement of a broad, shallow river; a sheet-flow forming through layers of paint. In their abstractness they are all-encompassing, without beginning or end, seeming present everywhere and in everything, while remaining indefinable. These ‘slower’ works of Acklin’s hold within them the sense that temporality is ongoing and free flowing – we are conscious of a state of time being distended as a dynamically active present, one that holds a sense of presence and vitality through the potentiality of an absent, inchoate past and future.

In the more animated works in Acklin’s practice, we are aware of an energised vitality in painting ... one mark can quickly displace or transition into another to create rapid changes and sequences. These works suggest the notion that representations arise simply out of the act of painting, as a series of coalescing moments that have surfaced via arrangements or gestures in paint. The point of these forms in the more energetic paintings made by Acklin, is not that a form is painted, but rather, that the artist has recognised emergent forms via unconscious-conscious workings in painting. Similarly for the artist and viewer, while the forms may not be concrete (because they are abstract), they are recognisable as ‘a something’. Also, it almost seems as though these forms might just as easily dissolve much in the way that murmurations of birds form to then dissipate. The shapes and forms in Acklin’s work are indeterminate, reminding us that the content of each work emerged via processes of seeking and probing, with the imagery free to form through certain perceptions of it being ‘itself’, in painting. Correspondingly to the artist, seeking and probing in search of meaning is precisely how we, as viewer, approach each work. For Acklin, ‘constellations (of marks, or moments) are more important than clear or fixed relations’ (Acklin, 2022) much as movement in the world is always contingent in relation to places, events, experiences, and time.

In differing ways all artworks hold some sense of time, or at least causality, within them. This is through a sense of past – via considerations of the work as an artefact of the process of its creation – and our encounter with the artwork as a decisive whole, in the present. Artworks also hold a future sense to them via the notion of meanings being deferred in favour discourses, and therefore the artworks and their exhibition become discursive objects (Holbert 2010). It seems, in looking at Acklin’s paintings, that the concepts in each work arose through the act of their making – forming through causalities. The works built through slowly applied layers appear to evoke discourses in relation to change, fluidity and ongoing-ness with the sense that in their all-pervading endlessness, time is affected by rupture, while the more animated works mediate on change as being driven by rupture. Acklin’s paintings form as ontological reflections on occurrence and movement – where, while one thing is related to another in terms of causality, rather than having set associations, and similarly to the movement we experience in our lives, most things are contingent. Acklin’s works remind us that what exist within is an ongoing flow in time (albeit at differing speeds) where disjuncture innately arises and forms.

One might say that nothing stands still, or can stand still in Acklin’s paintings, and their meanings appear to be open, de-centred and speculative. Acklin considers these works as spaces for thought, that allow for instincts, and the recognition of the expression of energies forming as places that may go beyond words (Acklin, 2022), reminding us of something we know – that painting is a wordless thing. French philosopher Gilles Deleuze called this feature of creative work the ‘virtual object’, something that escapes determination, and, in turn, humanisation, because it is ‘other’ (Gendron 2004, p.51). Acklin’s works seem to intentionally carry little or no predominant narrative via their imageries, but they reside within a space that mediates on multiple and fluid associations, feelings that conceivably remain beyond meaning. As a general point, when we slow and engage, we become aware of what is transmitted – how one thing coincides with another. 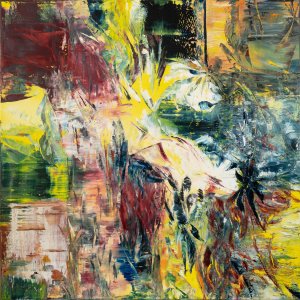 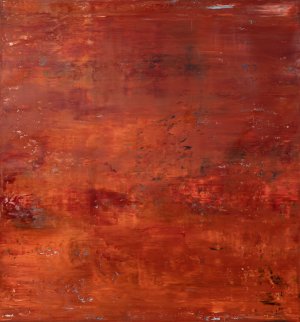 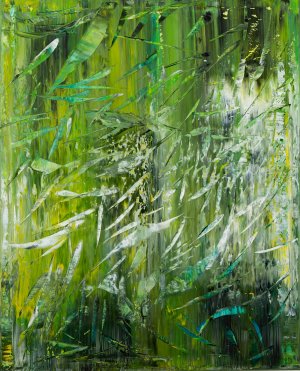 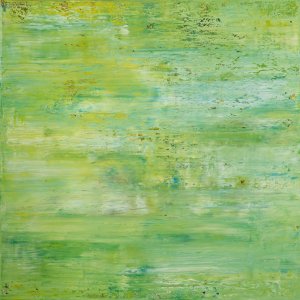 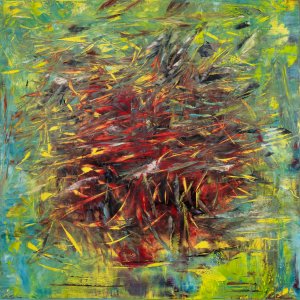 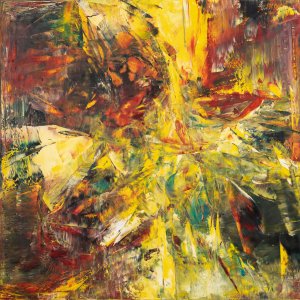 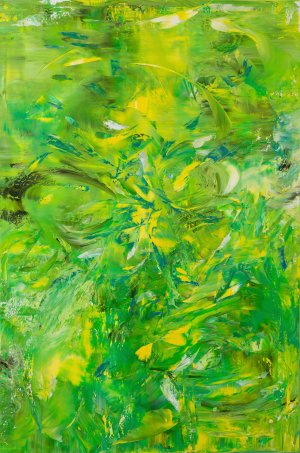 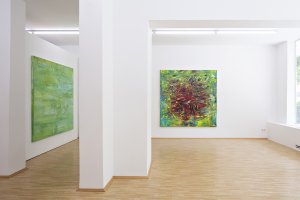 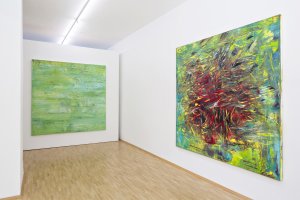 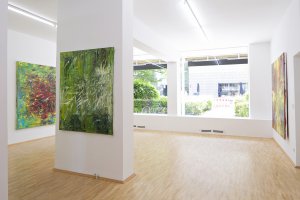 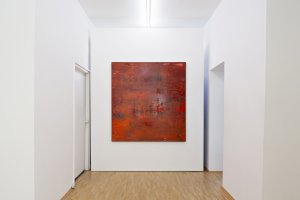 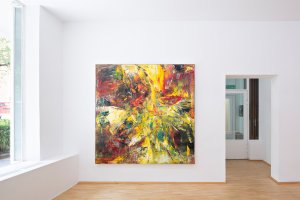 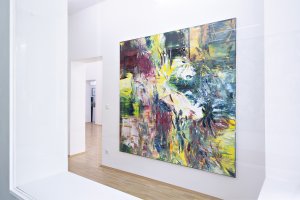 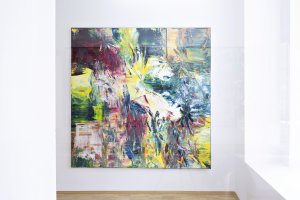