An Obstacle in Schematic Logic (Forms of Nature)

An Obstacle in Schematic Logic (forms of nature) (1)

Stewart Hall’s current series of paintings are a reinterpretation of various works from the Baroque period. During the Baroque period, all the great themes of life were explored, particularly during the dissolution of religion in northern Europe when non-religious or secular subjects were explored. Hall was particularly influenced by a variety of sources, such as Jusepe de Ribera, Ernst Haeckel, the Flemish still life masters, Peter Greenaway’s Baroque themed film: The Cook, the Thief, His Wife & Her Lover and Francis Bacon.

The German philosopher Georg Wilhelm Friedrich Hegel refers to the use of differing artistic approaches as ‘dialectical principles’. The historian Heinrich Wölfflin introduced the notion of two modes of painting based upon Hegel’s theory: one is linear and the other painterly, the two approaches are often used to compare the stylistic differences between “classical” Renaissance art with its successor, Baroque art. (2)

Hall began his process by employing a combination of abstracted components which are juxtaposed with highly articulated elements. Hall says, this combination of painting techniques creates a visual tension and at the same time keeps the painting ‘open’ which allows for greater interpretation by the viewer. Hall goes on to say, all paintings are in some way abstract, because painting is about placing painterly tones and lines together to create a visual sense of something, whether it is literal or not, and this is why abstraction is inherent in all paintings.

Floral still life became an artistic motif in northern Europe at the beginning of the 17th century, they were meticulously observed arrangements and compositions which were often imaginary abstracted creations; this is obvious because the compositions often had flowers that bloom at different times of the year. As still life paintings were non-secular, they generally have underlying ‘Vanitas’ motifs symbolising temporal elements of life.

The singular figure in this series is based upon the flayed martyr, St Bartholomew, the presence of this image in the exhibition draws attention to the schism between darkness of the devote south and the lightness of the secular north. Whilst the Baroque period was progressively becoming a more open lighter secular society, there was also darkness which was reflected in art. Hall feels, the duality of both lightness and darkness existing side-by-side creates a tension and wider dialogue, these elements resonate in various forms and interpretations throughout his art practice. 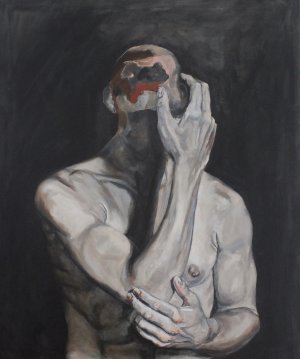 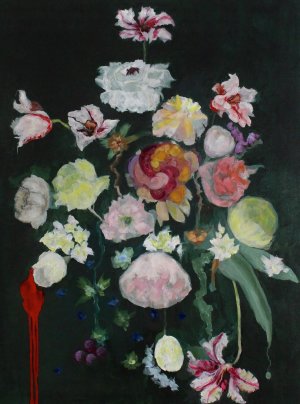 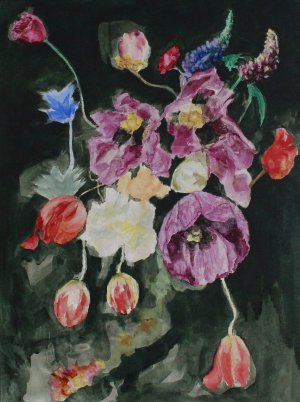 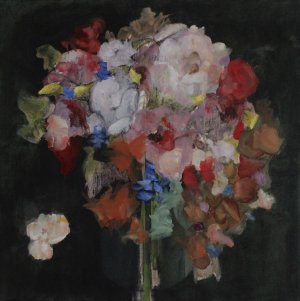 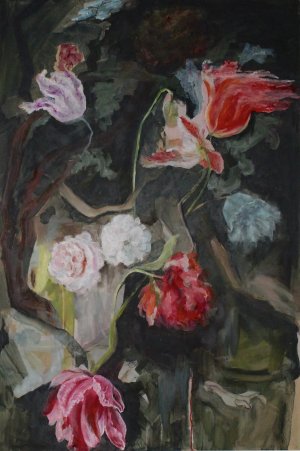 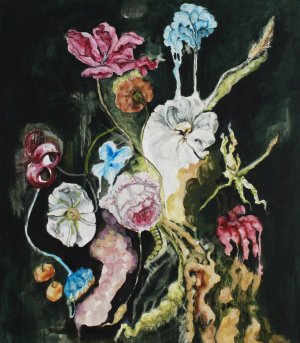 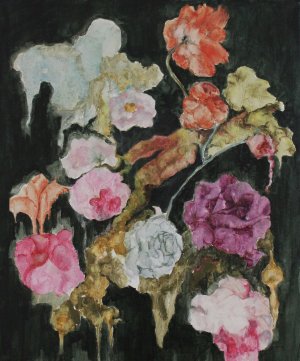 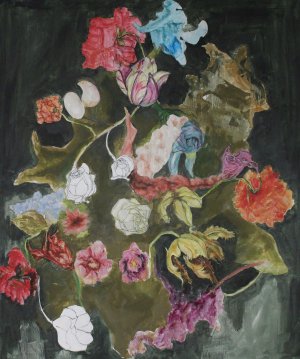 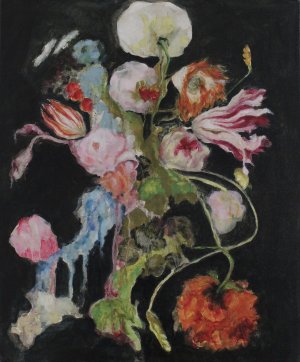 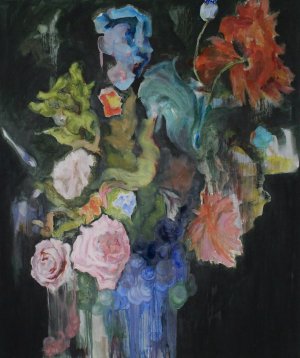 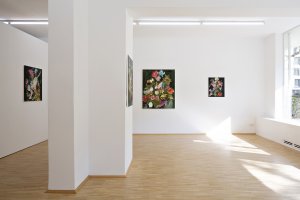 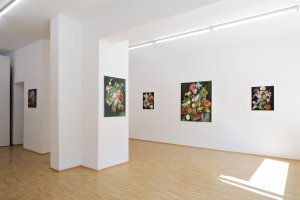 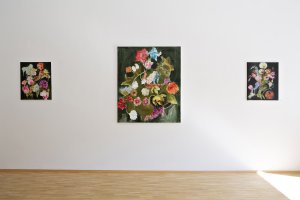 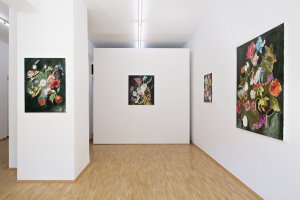 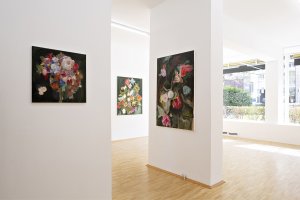 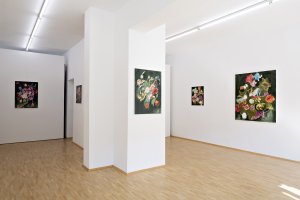 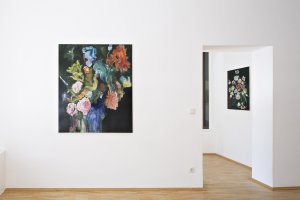 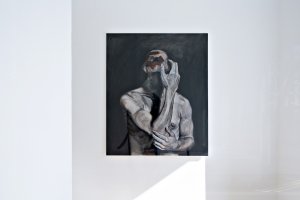